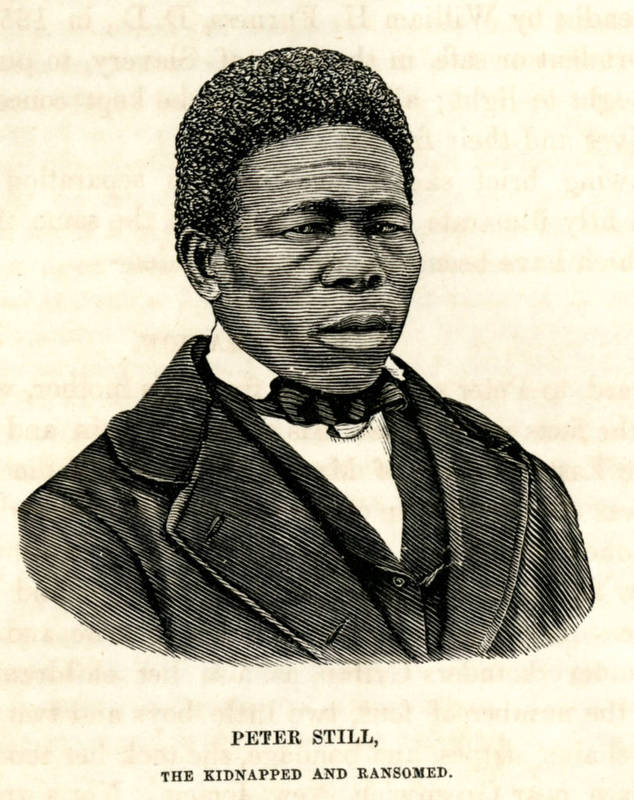 Peter Still was the freeborn son of Charity and Levin Still of Indian Mills, New Jersey. He was kidnapped and sold into slavery in Kentucky. He spent 31 years in Alabama with a wife and children. At one point, he was allowed to save a little money for himself. After forty years in bondage, Peter Still bought his freedom, then found his mother, brothers, and sisters up north. He also succeeded in purchasing his wife and children from their Alabama masters. Finding Peter after forty years of separation inspired William Still to keep careful records of the former slaves; those records later provided source material for his book on the Underground Railroad. Kate E.R. Pickard described Still’s four decades of bondage in The Kidnapped and the Ransomed (1856).

Pickard, Kate E. R. The Kidnapped and the Ransomed. Being the Personal Recollections of Peter Still and His Wife " Vina," after Forty Years of Slavery. Syracuse: W. T. Hamilton, 1856.