Soldiers and Officers who hailed from Camp William Penn 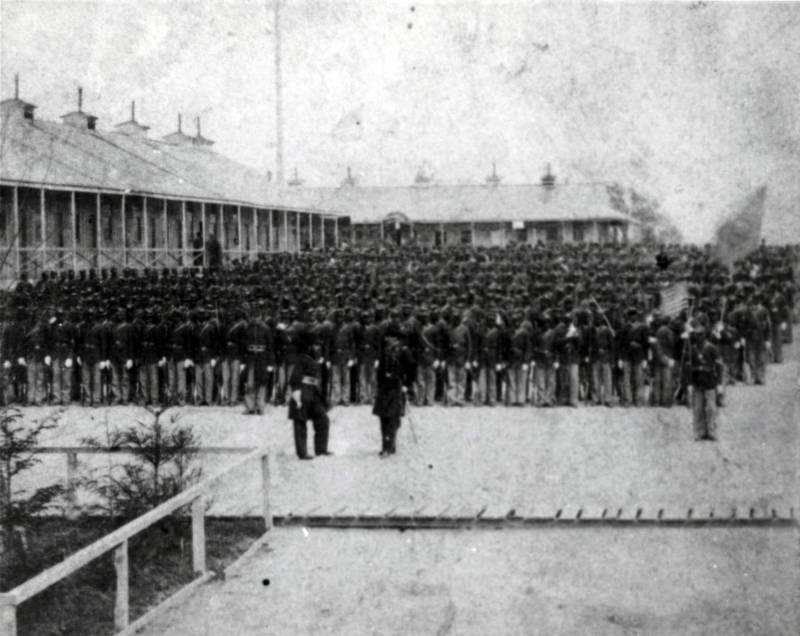 Soldiers and Officers who hailed from Camp William Penn

There were many soldiers and officers who hailed from Camp William Penn who went on to achieve great accomplishments.

For instance, Josiah Walls, after being forced as a slave to fight for the Confederacy, was saved by Union forces and ended up in Harrisburg, Pa. before joining the 3rd USCT and after the war became a pioneering black congressman from Florida. He eventually bought one of the largest farms in the state from a former Confederate officer, became a prominent businessperson and obtained several prominent public offices, despite having just a one-year formal education. Although he faced much prejudice, Walls bought and published a newspaper, The Gainesville Era, and hired as editors a couple of his former white commanding officers! In agonizing pain as he aged due to his war infirmities, Walls eventually lost his farm due to his orange groves freezing before his first wife and daughter died (accused of murder and died in a mental institution). However, before his death, Walls became the farm superintendent for a black agricultural school that later became Florida A&M University. He died obscurely and likely ended up in an unmarked grave. His resting place has yet to be found.

Then there was the white officer, Horace Bumstead, an officer of the 43rd USCT, who'd after the war ascend to the presidency of Atlanta College. One of the professors he'd hire was a young, black scholar who had just completed a social study on African Americans in Philadelphia, Pennsyvlania that became the epic book, "The Philadelphia Negro." His name was W.E.B. Du Bois. Bumstead would provide invaluable support for many of Du Bois' landmark Atlanta studies that led to the formation of the NAACP and the Niagara Movement. He received recognitions from African-American leaders, including the great poet, James Weldon Johnson, writing a poem about Bumstead's dedication to black liberation.

There was also the Reverend William Simmons who was a soldier in the 41st USCT. Although born a slave to his slave parents in Charleston, South Carolina, Simmons became an apprentice to a dentist before the Civil War after his family found a safe haven in Bordentown, New Jersey. In addition to working as a dentist, writer, journalist and educator, he served as president of the American National Baptist Convention, as well as leader of the Colored Press Association based on his editorship of the American Baptist, based in Louisville, Kentucky. After graduating from Howard University in 1873, Simmons became a Washington, D.C. school educator, eventually teaching in Florida and Kentucky where he became pastor of the First Baptist Church in Lexington. Armed with a doctorate, Simmons then became president of the Normal and Theological Institute for 10 years -- an institution that became known as Simmons College. While serving as president of the school, Simmons, who had married and raised several children, wrote a massive book about notable African-American men and their achievements, "Men of Mark: Eminent, Progressive and Rising," published in 1887. Sadly, he died at about age 40 (of a heart attack, according to several sources), but left behind a tremendous legacy.

To learn more about the legacy of William Still, who served as a peddler for the provisions of Black soldiers at Camp William Penn, please see: