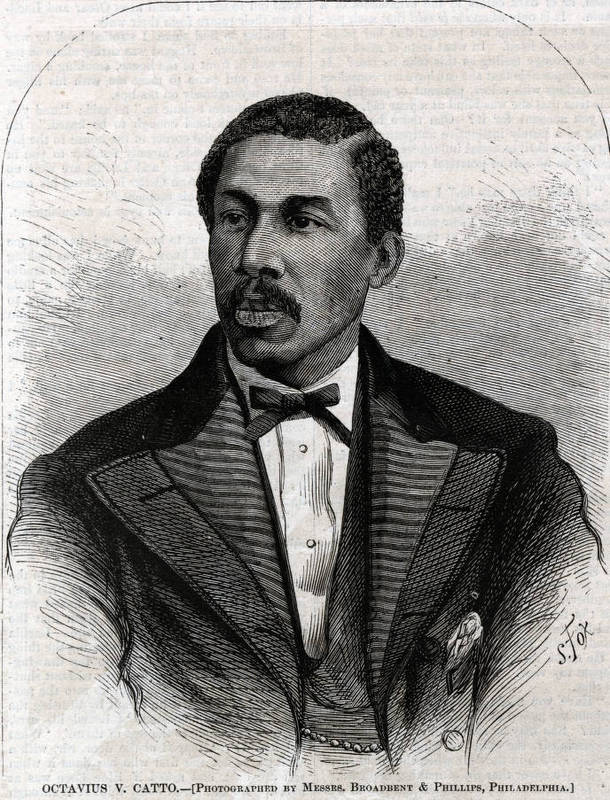 Octavius Catto was a member of the first graduating class at the Institute for Colored Youth and later taught there. He was commissioned a major in the Union Army during the Civil War. Actively involved in organizing black voters in Philadelphia, he was assassinated while rallying African-American support for the Republican party during the 1871 elections. The U.S. Marines were called in after the assassination to prevent race riots. Catto's body was guarded by the militia at the Armory, Broad and Race Streets, and he was buried with full military honors in one of the largest funerals ever held in Philadelphia.